It used to annoy me when Giants would hit for the cycle. It's kind of cool, sure. It's an oddity. But then someone would break out the stat that cycles are statistically as likely as no-hitters, and that would annoy me. The Giants hadn't thrown a no-hitter in my lifetime, but they had a few cycles in that time. Again, they're neat when they happen, but that's about it. No-hitters, though, are amazing things, with tension building on every pitch. I wanted one.

Cycles are rare. For example, the Padres have never had a player hit for a cycle. They've also never had a pitcher throw a no-hitter. That's in 43 years, which puts things in perspective. Oh, Padres. Looking back, it was so adorable when we were scared of you last year.

But the Marlins have also never had a cycle in their short history. They've had, like, 38 no-hitters. Someone on the Marlins is throwing a no-hitter right now. They threw one against the Giants, which was especially annoying. I wanted the Marlins to trade a no-hitter to the Giants with Pat Rapp, and the Giants could have sent back two cycles. Everyone would have been happy!

So until Jonathan Sanchez threw his no-hitter -- against the Padres! -- I couldn't appreciate a cycle. Don't think I'd thought of the correlation until know. But when Pablo came up in the sixth, it was exciting. Possibly because I was in line for a burrito at the time, and I love burritos. I also love Pablo Sandoval, that mirthful little scamp. He had a monster of a game, and he's almost certainly the easiest Giants hitter to root for.

The Padres don't have a no-hitter, a cycle, or a championship, but they sure do have moxie. Not sure how a Rockies game turned into Padres mocking, but it feels right. Maybe it's because they don't play the Giants any more this season.

That's about what the Giants should expect from Ryan Vogelsong next season. Good stuff. Wonky control. High pitch counts. Overall, quite effective. Hopefully, there isn't an expectation that he'll be an All-Star next year, or anything close to the Cain/Lincecum/Bumgarner trio at the top -- that's just not fair. He should be a fantastic fourth starter. This might have had more strikeouts than the typical Vogelsong start, but this is sort of the mean for what I expect from him next year. He'll be better in some games, worse in others, but averaging out to something like tonight.

This is a player who was benched this month after fighting through ten years of baseball purgatory to earn his shot.

If Andres Torres is non-tendered, I will break something, and there are no guarantees that it will be an inanimate object. This isn't a guy in line for a $3M raise. He stays, even if his role is as defensive replacement and cheerleader.

Here was Brandon Belt's strikeout in the fifth: 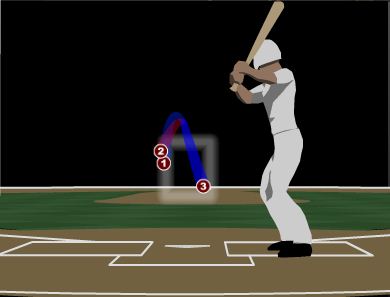 Here was his strike out in the sixth: 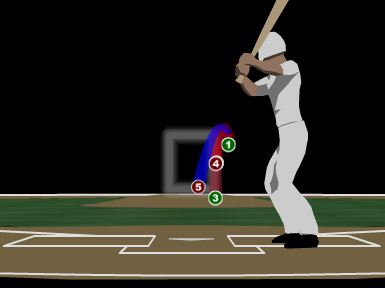 Both times he struck out on the slider. Both times he was pitched absolutely perfectly. It's like he's facing Greg Maddux in every at-bat. Look at how the corners were painted. Look at the perfect break and location of the final sliders. It made me mad, but then I figured I was just making excuses for a rookie again, and that just annoyed me more. Rookies are maddening, especially when you spend every other breath defending them zealously.

So his home run was more than welcome. It was like the occasional scene in Intolerable Cruelty that made you remember that the Coen Brothers would be just fine when they rediscovered their stroke. I'm assuming one of those scenes exists because I haven't seen that movie since it came out. There was probably one or two things that made you think, say, maybe they'll win a Best Picture Oscar one day. And when Belt is hitting .330/.440/.540 with a Gold Glove in two years, that will be his No Country for Old Men.

I think that would make Pablo Sandoval going for his triple like John Goodman running down the hall of a burning hotel in Barton Fink.

And now we've come full cycle. Who'd have thunk that the Giants would be playing a loose, low-stress series against the Rockies on September 15th? It's bittersweet, but at least they've won one of the stupid things.