Share All sharing options for: The Barry Zito Conundrum

In theaters this summer! Every scene has a huge explosion, and it cost $126 million to produce. Also, there's a toenail in your popcorn. It's not yours. It's painted, but I'm not sure if that makes you feel worse or better. Probably worse.

Barry Zito was put on the disabled list with a foot sprain that he when Bruce Bochy dropped an anvil on his foot. Or slammed it in a car door. It was probably something related to an Acme product, actually. Rockets and such. Or maybe the Giants just invented a recurring foot sprain out of thin air to b ... no, no that can't be it. I shan't be cynical like that, I just shan't.

The contract was a train wreck before the ink was dry. The subsequent years of average pitching was a small bonus, like finding out the train was carrying hornets, jars of mayonnaise, and saxophones when it went up in flames. It wasn't such a bad story, then. Now we're realizing that the train was made from asbestos and orphans. It's even worse than we imagined. 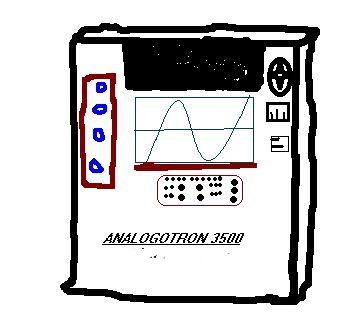 Actually, you don't need analogies or similes to know that Barry Zito has been bad. He's like the bad pitcher of bad pitchers. And now there's all sorts of talk about sunk costs -- some of it is even accurately describing what a sunk cost is! Is it time to eat the contract? There's something like $55 million left.

I'm not there yet. Call me weak, call me a dreamer, and call me a spineless weenie, but while I'm ready to never watch Zito start another game, I think it would be a mistake to release him without seeing if he could be a passable reliever.

The argument against Zito in the bullpen during the playoffs last year was that he hadn't pitched in the playoffs before. Fair enough. But he'll be back on the roster when it expands in September -- if his foot is healed, I mean! -- and that's when to try him out.

Wait! Don't leave. Hear me out. First, remember what it is that Guillermo Mota does around here.  He pitches in blowouts, or he's the last guy up in extra innings. The Giants' bullpen is deep enough, and the starters usually go long enough, that there really is a designated garbage-time guy. It's Mota. Ol' Garbage Time Guillermo. It's nice to have a guy like that because it's not like you're really going to find 11 or 12 great pitchers at any one time.

But here's the breakdown of what the Giants could spend on a garbage-time, back-o'-the-bullpen guy:

If it's Zito: $56 million or some crap
If Zito is released and the Giants have another guy be the garbage-time pitcher: $56.5 million

It's the same thing as the Rowand/Burrell dillema. The money's gone. Yet I still cling to the belief that Zito could do okay in the Keiichi Yabu, Joe Roa, and Jeff Fassero memorial role. That's how far we've sunk. And if he can do that well enough, he'll save the Giants a half-million dollars or so every year compared to if the Giants just release him.

There are other considerations -- if he'll be too much of a distraction, if it's worth $.5 million a year for the fans not to think of him, etc... -- and those are valid concerns. He's never had a huge platoon split, so he'll never be a Javier Lopez-type. But put him in the bullpen in September, and keep him there next spring.

It's come to this. And I'm not going to fight for this position. If he's no longer on the team, well, it's been real. But I think there's some utility to squeeze out of the guy yet.