If you’re going to lose, make it historic. That was only the third time in history that a pitcher threw 25 pitches or fewer while giving up eight earned runs. But Bumgarner was the only one to give them all up on his own -- the other two had relievers allow inherited runs. So special.

What follows is a batter-by-batter account of the top of the first. You should probably just go to sleep. 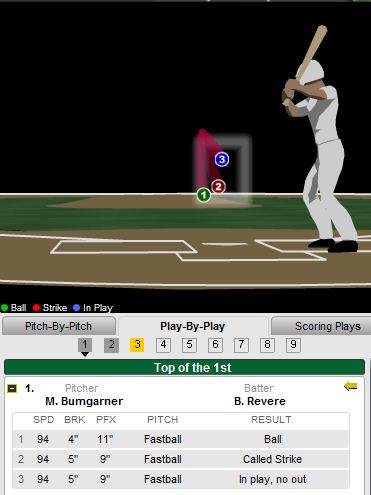 Well, at least his velocity is up. And here's the thing about fluke games like this: everything had to go just wrong. If the first pitch is called a strike, which it should have been, maybe he tries to bounce an 0-2 pitch instead of get the 1-2 advantage with a fastball that caught too much plate. That isn't to say that what follows is the umpire's fault -- just noting that everything that could go wrong, did.

Oh, and Miguel Tejada couldn't field a ball that was hit a foot from his glove hand. That doesn't help. 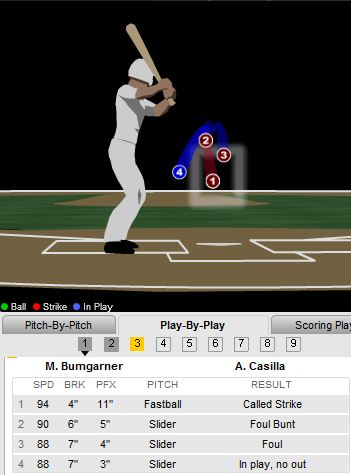 Oh, come on. Alexi Casilla hasn't dug a slider out from his hands since he was 18. There were a lot of poorly executed pitches out of the 25 thrown by Bumgarner. This wasn't one of them. I love how the Twins were trying to give up an out here, too. If Casilla isn't such a crappy bunter, maybe this inning goes differently. 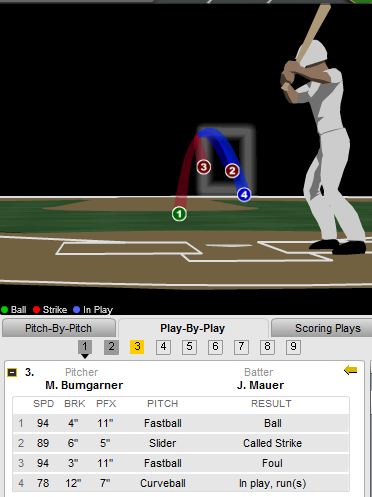 Nice curve at the bottom of the zone. Infield hit. 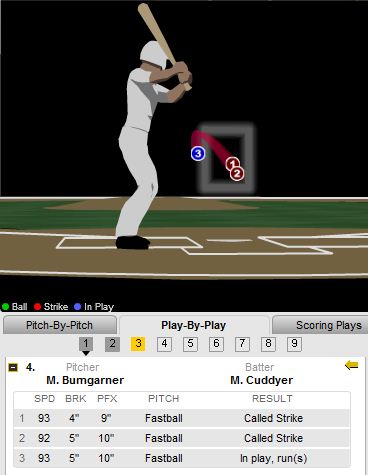 It sure looked like the pitch was fatter than what Gameday showed.  If the location was accurate, I'm not sure sure if you can make a better pitch on 0-2. Catch him looking at two fastballs in the zone, then bust him on the hands with a fastball off the plate. Sixty percent of the time, this same sequence results in an out every time. But I'm not sure if the pitch was off the plate.

Oh, and Pablo Sandoval's defense has been good this year, but he wasn't especially impressive on that play. It was a fall-down effort. 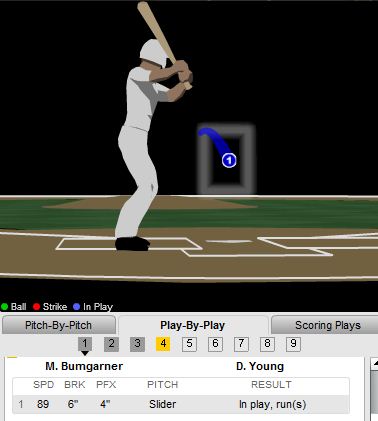 Bumgarner didn't open any of the other four at-bats with a slider. So was Delmon Young a) sitting on a slider because of the he-can't-call-scissors-five-times-in-a-row theory, b) sitting fastball, reacting breaking ball, or c) sitting slider because Bumgarner was tipping his pitches? A get-it-in slider isn't a bad idea if hitters are sitting on fastballs. But, hey, Delmon Young is just this good. 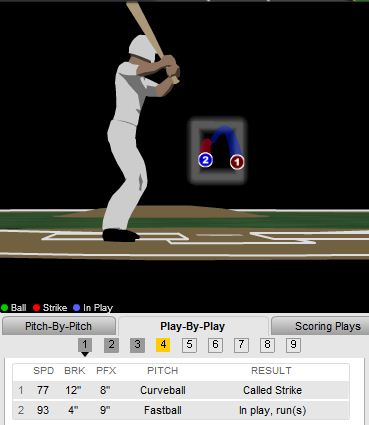 As far as 93-MPH fastballs go, it wasn't the worst one he's ever thrown. It wasn't right down the middle. Pretty much, though.  And if a hitter is expecting a fastball ... 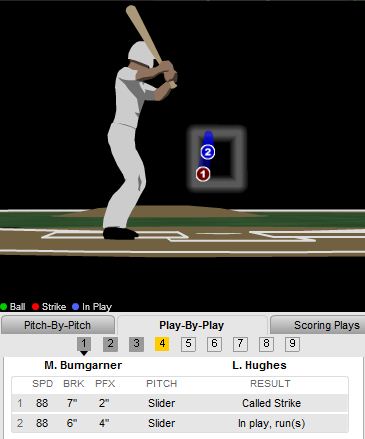 And with the seventh batter of the game, with four runs already in, the first truly awful pitch of the night is thrown.  A lazy slider, belt high. That's the first pitch that deserved to be ripped into oblivion. 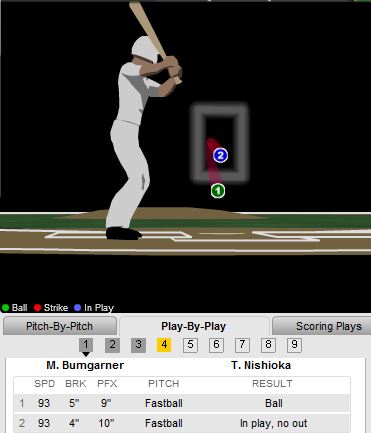 I'd checked out by this point, so I don't blame Bumgarner for doing the same. 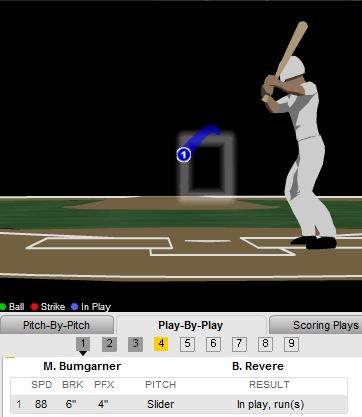 Okay. Whatever. At this point, you have to expect the sliders on the fringes of the strike zone are going to get blooped right down the line.

Couldn't tell you if Bumgarner was tipping his pitches. I'm a hack writer, not a scout. But if he wasn't tipping his pitchers, he had a string of historically awful luck. Terrible pitchers don't give up nine hits out of ten batters -- it's just not done.

In conclusion, the Giants were completely shut down by Carl Pavano, and that pisses me off more than anything Bumgarner will do for the rest of his Giants career.

Also, I'm not worried about Bumgarner. A start with 88-mph fastballs and six walks that leads to eight runs? That's worry time. Twenty-two strikes out of 25 pitches, great velocity, and a bunch of hits on decent-to-iffy pitches? Just appreciate this one. This one's like watching a pitcher throw a no-hitter the same day he hits for the cycle, only completely opposite.