Oh, goodie. A four-game road series with a division-leading team right as the Giants are reeling. Sounds like fun.

And, wait, what's this? Two of the pitchers have been super successful this season with K/9 ratios of 5.0 or lower? Oh, those sorts of pitchers are never successful against the Gi ... wait, sorry, just saw on the Twitter that Aubrey Huff grounded weakly to second 27 times in a row. The first game is over. Enjoy the holiday.

It really does seem like the Giants fare poorly against pitchers who rely on weak contact. That's an unsupported hypothesis -- just a feeling. And I get the same feeling when I look at Chris Carpenter, a top pitcher having a rough season. The Giants really seem to let those pitchers get healthy.

So let's just clear the air. If the Giants don't do well against the pitch-to-contact group or the ace-on-the-mend types, who else do they struggle against?

But this wouldn't be a fair list unless I also included the other side, the pitchers against whom the Giants are successful:

Unfortunately, the Cardinals have pitchers who fall more into the former categories. Of course they do. I don't really have any sort of Oquendo-related antipathy against the Cards, especially since they were gracious enough to go 1-for-943 with runners in scoring position in the 2002 NLCS. But sometimes I like to stare at their 2007 team page on Baseball Reference just to laugh at their only below-average season in the past 12 years. Take that, Wellemeyer popularizers!

Also of note, the Cardinals' offense is ridiculous this year, and that's with Albert Pujols hitting like Cody Ross. The outfield has a combined OPS of 3.000. Jon Jay and Allen Craig have done just as well off the bench. The answer to the great shortstop debate of the offseason was "Ryan Theriot." Everything is clicking for the Cardinals except for the one guy who usually clicks the crap out of the ball, and he'll come around any day now.

Nick Punto's OPS would be second on the Giants. You know, behind the guy with the broken hand.

Albert Pujols. Don't trust him for a second. He has beady eyes. He's going to pull off his average-hitter mask, Mission: Impossible-style, to reveal his true nature. It will ruin a series for an organization. Don't trust him.

The Avenger of Blood: 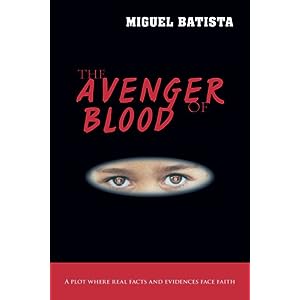 That's Miguel Batista's book, which asks and answers all sorts of questions:

What does the phrase written in blood, found at every crime scene, mean?

Why the strong scent of flowers?

Yes, indeed. Batista's sequel to the mystery is titled, "How a 40-Year-Old Man Can Walk Five Guys Every Nine Innings Without Striking Anyone Out And Have a 2.21 ERA." When he comes in to face the Giants, he'll load the bases, and the Giants won't score. Look in your heart; you know it's true.