Imagine what it felt like for Dodgers fans to watch. Every win was unwelcome. Every single game was an event to root against, yet the Dodgers fans didn’t get the visceral jolt of schadenfreude they were looking for. They had to watch the Giants win, mooning the baseball gods the whole time. They watched, hands over their eyes, peeking through the cracks, as the horror movie of their baseball life built to its conclusion. The Giants did it, and Dodgers fans just had to sit there and watch. 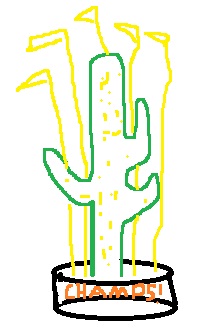 I don’t remember the ‘88 World Series all that well. I remember something about Kirk Gibson, his entire left leg lost in an industrial accident, hopping up to the plate and doing something to someone. I wish they’d show the highlights for that sort of stuff so I could revisit the rich history of our nation’s pastime, for crying out loud. Whatever happened, it led to a Dodgers World Series victory. I was too busy trying to win a championship for Mike Krukow to pay attention to that real baseball stuff.

But I was always jealous of that 1988 championship. I can admit that now. It sounded like a fun ride -- a pitching-strong team defying the odds and surprising the baseball world. I wondered and wondered what it would be like to watch something like that. Now there are a lot of Dodgers fans who either weren’t born when that World Series happened, or they were too young to realize exactly what was going down, so let me help out a little bit: It was fantastic. It was more fun than you could even imagine. It was poetry, it was magic, it was like opening up that package on Christmas morning to find the G.I. Joe aircraft carrier. Which I think I did shortly after the Dodgers won their last World Series. So we’ve come full circle.

See? Isn’t gloating like that so much more fun than being the Eeyores of the baseball world? It is so, so much better than grumbling about Scott Spiezio. When you constantly rub last year in the face of people who would like to forget it, you are not being a good person. But you’re having so much fun! Keep on keeping on. You could be magnanimous every so often, and do something like link to a video of the last time the Dodgers won the World Series, but that’s only if you really feel bad.

Whoops! That wasn’t a link to a Dodgers World Series video! That was a video of Buster Posey in a parade down Market Street as confetti danced around his boyish, fresh-from-Olympus visage. How could I make that mistake? Oh, man, I hope a Dodger fan didn’t click that link. I was trying to be magnanimous.

Other than when I was expecting the team to move to Florida, the Jose Castillo era was my darkest time as a Giants fan. The Giants were terrible -- absolutely wretched. The face of the franchise, for better and for worse, was winding down, his body finally unable to keep up with his age. After he was gone, the Giants were rebuilding without committing to rebuilding, and the prospects they had for the rebuilding effort were more like wet blocks of papier-mâché than anything substantial. And you’d look south, and the Dodgers had awesome young talent at every freaking position. Andy LaRoche, Russell Martin, James Loney, Matt Kemp, and Chad Billingsley, to name just a few, were all coming up at the same time. They had the young talent, and they had more money than the Giants, too. They could afford to sign guys like Manny Ramirez, where the Giants had put all of their eggs into one Zito-flavored omelet.

It was a dark, dark time, and it was, like, last week. There was no way to imagine how it would turn out. Youneverknow, and all that.

If you’re looking for a Dodgers pitcher to watch, try Jonathan Broxton. Hopefully the Giants don’t have to see him -- and I mean that both in a competitive and aesthetic way -- but if they do, he’s a big question mark. A big, big question mark. He was ridiculously dominant in the first half of last season, only to fall apart completely in the second half. Falling apart is too generous of a description. He melted into a puddle of goo. Without that puddle of goo, the Giants might not have won the division or the World Series. I’ll always have a soft spot in my heart for that puddle of goo for that very reason. But the Dodgers are still going with Broxton as the closer for now. I don’t see how he can be as bad as he was at the end of last year, but then I still can’t believe how bad he was.

If you’re looking for a Dodgers hitter to watch, go with Juan Uribe. Give him a big ol’ smooch. Pretend to make up with him and then invite to Lake Tahoe for a friendly fishing trip. And, for the love of Bonds, do not throw him anything in the strike zone.

Opening Day. That’s my prediction. Bunting. Airplanes. Players lining up from the home plate to third base. A mention or two of the Giants winning the World Series. Opening Day. It’s even more beautiful this year.