August Linceum showed up tonight. He hung a curveball with the second pitch of the game. He walked two in the first inning. He was throwing 89-MPH fastballs. He didn’t put the cap back on the bottle of Coke in the clubhouse, and then it went flat. He had bad breath. He talked on his cell phone as we were trying to watch the damned game. No one likes August Lincecum. No one invited him.

So praise be to the real Tim Lincecum for locking that sucker in a broom closet. Don’t even bother poking airholes. It’s a shame that the Giants’ team ERA in the month of September had to go up, but Lincecum acquitted himself well. 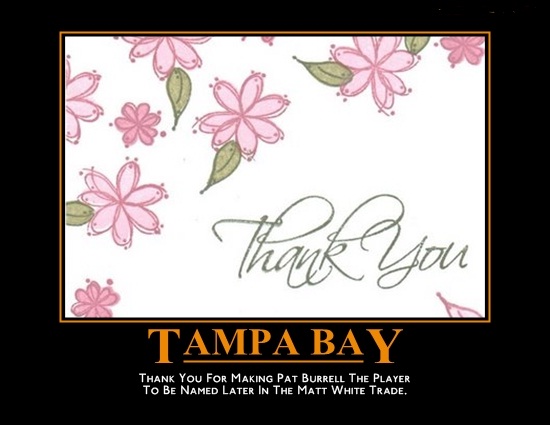 Come on. How was this guy free? How is it possible that he’s just as good as he was with the Phillies? How was he not hitting over .200 in Tampa? Of all the cosmic tumblers that have clicked into place this season, the acquistion of Pat Burrell still blows my mind. He showed up like a hobo looking for a hot meal. He’s been the middle-of-the-order bat the Giants have been looking for ever since Bruce Bochy looked at his roster and said, yeah, Bengie Molina’s my cleanup hitter.

Apparently, the Giants have a real middle of the order now. Boy, that kind of snuck up on us.

Just win a couple of games, Giants. Just play .500 ball for the rest of the regular season.