Right after Pablo Sandoval’s miserable at-bat in the first inning, the anger began to swell... 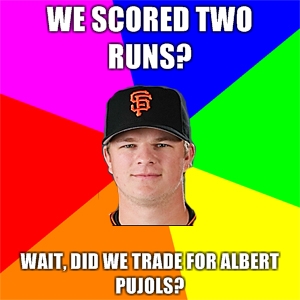 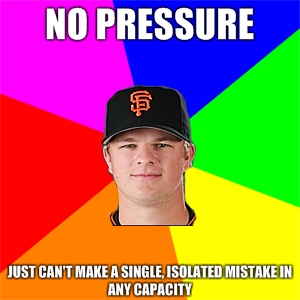 He just kept mowing down Dodger after Dodger. If I could humiliate Dodgers like that, I’d act like Carlos Zambrano on PCP. I’d dance, I’d point, and I’d yell "COME ON, SKIN IT; SKIN THAT SMOKEWAGON AND SEE WHAT HAPPENS" whenever someone struck out looking. But Matt Cain is a professional. He’s wise beyond his years. 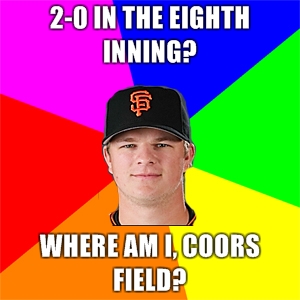 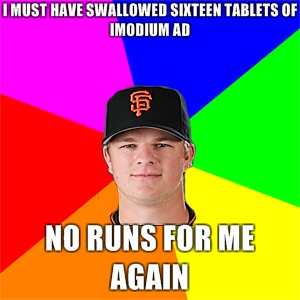 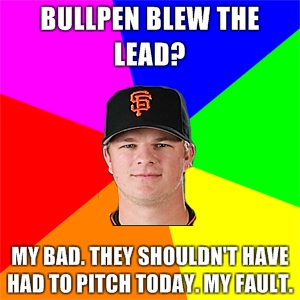 Ah, but I didn’t need this one tonight. The bullpen was brilliant. Brian Wilson is allowed a home run every two months, especially when they come with two-run leads. And it's worth pointing out that Pablo Sandoval redeemed himself by making contact when he needed to. It was also nice that Travis Ishikawa picked a great time for his first hit in what seemed like a month. Mike Fontenot can sure broken-bat his way into our hearts, too. 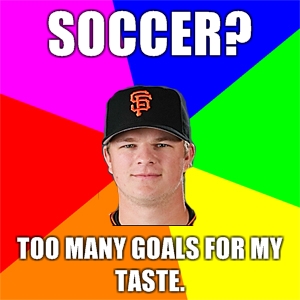 So true, Matt. So true. Hey, at least it wasn’t another 1-0 game. I never thought I’d get tired of those.

Also, Chad Billingsley is cordially invited to suck it. Go play cribbage with Mat Latos and cry in your beer. The beer will probably have a slice of lemon in it because you’re a weenie. Suck. It. Suck it.