July was magic inside. August was arsenic-tinged nougat inside. Seriously, screw that month. If there’s anything a Giants fan can count on, it’s a random distribution of 2-1 losses and 1-0 wins. Some months the losses flow from the tap, some months the wins flow. But to have a month where the offense does just fine, while the pitching completely wets the bed? Witchery. Pure, unabashed witchery, and this baseball-god-fearing site won’t stand for it.

This brings up a selection of the unlikely, awesome Septembers in franchise history, as told by a young jerk who couldn’t be bothered to look through all of those seasons in New York.

First off, the Giants opened September of ‘97 with a Monday/Wednesday series against the A’s. What sort of misanthropic imp thought that one up? The whole ‘97 season was littered with two-game series against the AL West. That’s something Raoul Duke would come up with after eating his suitcase. 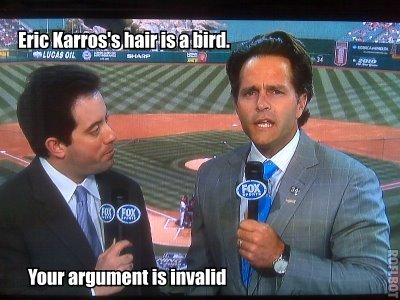 The Giants were just fine, thank you. They turned a two-game deficit at the start of September into a division title.

The Giants were four games back of two different teams in the wild-card race with eleven games left. They ended the season on a hot streak, sure, but more importantly, the Mets and the Cubs refused to win. Google "Brant Brown error" if you want some good laughs. This was the game after which I gave up. Yet they came back, against all odds, it was the chance they had to take.

So, basically, your grandparents and ancestors traded future championships in dark, candlelit deals in order for The Shot Heard ‘Round the World to happen. Enjoy that replay every time you watch it. You’ve paid for it.

Can you imagine the GameThread for this game?

Marichal isn’t an ace. Sorry, nerds, but he doesn’t have that certain mentality you need. I’d trade him for Ernie Broglio straight up.

After being down four games with seven to go, the Giants surged to catch the Dodgers and force a three-game playoff. They were down 4-2 entering the ninth inning in Los Angeles in the third game.

So am I saying that the Giants are due for one of these Septembers? Yes. Yes, I am, you grumpy twits. This is the month where the magic inside gets everywhere, and it isn’t going to come out with a little baking soda, either. You’re all so aghast that I’d dare to jinx things that you don’t even realize that you were morbidly pessimistic before you read this post. It always ends in heartbreak. I acknowledged it. I think we’re going to get some short-term satisfaction that will set up a more painful heartbreak. If that qualifies as a Pollyanna-type jinx, deal with it, you jackals.