Well, that went well. Again. It seems like it's been a while since the Giants had a complete meltdown like the eighth inning. Hello, darkness, my old friend.

I would have loved to see the Giants get to the ninth down by one -- because, hey, Brad Lidge -- but while I was busy astrally projecting my inner hopes and dreams to Lidge, Chris Ray intercepted the call. That always seems to happen.

So let's take this opportunity to complain about something mostly unrelated to this loss. Well, it wouldn't have been unrelated had the game stayed close, but once the Phillies scored another dozen runs or so, there was less of a risk that it would come off as whining. From ESPN, here's how teams have hit with runners in scoring position and two outs: 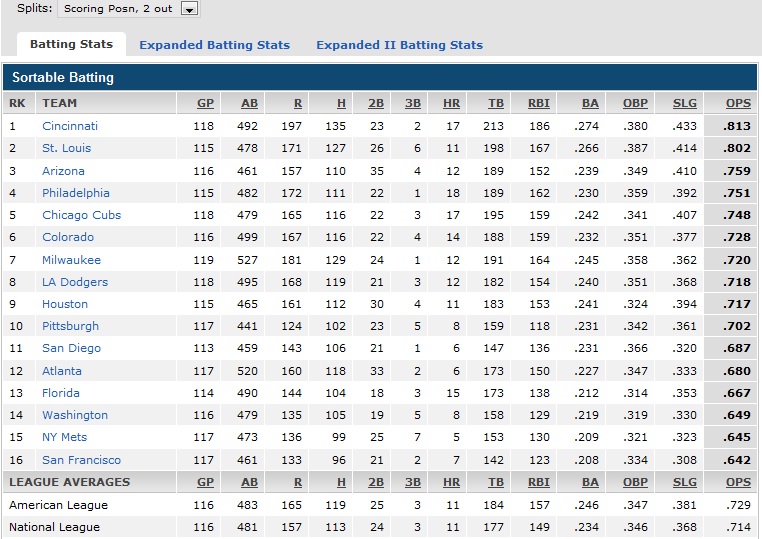 Yeah, that's about right. Every time the other team gets some two-out single to score two runs, I think, man, what manner of witchery be this? You can do that? Then I think, hey, it's all in my head. Every fan of every team thinks their team can't hit in the clutch.

Nope, the Giants are legitimately unlucky or unclutch, depending on which side of the argument you fall. I, for one, think it's just a fluke. But I would like the Giants to stop it, and stop it right now.

Also, let us never speak about this game again.