Post-game thread: Giants keep win for themselves after trying to donate it

Share All sharing options for: Post-game thread: Giants keep win for themselves after trying to donate it

Back in the Jose Castilo era, when the Giants were mixing veteran detritus with quasi-young detritus to make a pile of lineup refuse that couldn’t hit a left-handed Brett Tomko, it was easy to feel sorry for ourselves. The Giants hadn’t had an All-Star hitter come up from the farm since Bell Biv DeVoe was going platinum. Even worse, the organization wasn’t even lucking into anything of value. There wasn’t a Rule 5 pick that stuck, a minor league free agent who defied the odds, a 12th-round-pick made good, or a washed up veteran who had a dead-cat bounce in the twilight of his career. Every hitter that came through San Francisco stunk. Woof. It wasn’t pretty.

Where were the flukes, the late-bloomers, the veteran surprises? Where, oh where? 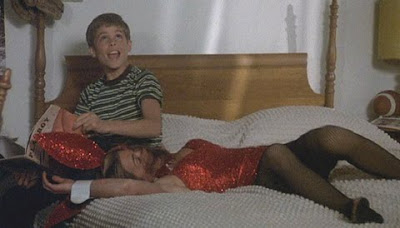 Karmic debt, repaid. The Padres just might win the division behind a handful of slappy scrappies, but that doesn’t mean that this season hasn’t been a lot of fun at times. Torres and Huff. Huff and Torres. Both were afterthoughts in March. Both have been among the most valuable players in the league so far this season. Amazing. I won’t complain for a while now.

And on the Bell Biv tip, I probably should have listened to "Poison" before my fantasy draft this year, when I drafted Pablo Sandoval over David Wright. Never trust a big butt and a smile, indeed.