A search for "must win" on this site brings up 13 hits, 11 of which are cheeky little quips from March GameThreads. I don’t like the phrase "must win" unless it’s used in reference to a game that, if lost, ends the season. Yet "must win" has become synonymous with "really important", and that makes absolutely no sense. This Giants/ Dodgers series is really important. My computer didn’t crash after typing that. Blood didn’t shoot from every orifice when I said it out loud. Really important still means really important.

It’s important to lay this all out, because if you start thinking this series is a "must-win" series, you’re just setting yourself up for a deeper heartbreak. The Giants haven’t been so good against the Dodgers this year. Or last year. Or the one before that. Thinking "must win" is for fools who are both optimists and amnesiacs. It’s a really important series. Let’s leave it at that.

Now there is a technical way this could be a "must win" series. It’s unlikely. But I guess by law I have to mention it. If someone were to make a threat – like, oh, "I’m going to steal a penguin from the zoo and torture it if the Giants don’t win this series against the Dodgers. I, Grant, the writer of McCovey Chronicles, will pluck every feather from this stolen bird and force it to watch every episode of ‘The Hills’ as I force feed it cilantro-wrapped licorice. I will mostly like not repeatedly punch the bird in the beak, but I will not make promises as to this, as my mind might change after watching Jonathan Broxton waddle out for three straight 1-2-3 ninth innings in three consecutive games. At that point, I would be morally and legally obligated to punch the bird in the beak." That would mean, to at least one living creature, that this series is a "must-win."

That is just such an unlikely threat, though. It’s just so specific. But I wouldn’t test the seriousness of such a threat if I were the Giants. Oh, heavens no. I would act as if a real "blogger" by the name of "Grant" is "threatening to torture zoo animals if the Giants don’t win at least two games against the Dodgers in this upcoming series."

So think about it, Giants. 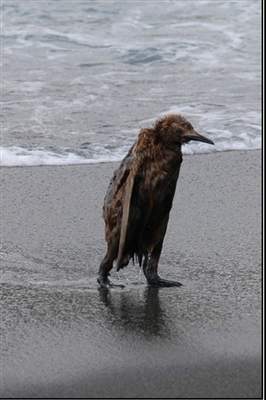 None of them. I mean, every name on the roster makes me twitch with repressed memories. Rafael Furcal, Manny Ramirez, Casey Blake, Matt Kemp…every one of them has done something unspeakably awful to the Giants in the past. So I’m just not going to watch when the Dodgers are hitting.

None of them. I mean, every pitcher that wears a uniform is capable of shutting the Giants down completely. It doesn’t matter if the pitcher is Johan Santana or an anthropomorphic pile of Jaime Navarro’s dandruff flakes, scooped together and given a corn-cob pipe and a button nose. So I’m just not going to watch when the Giants are hitting.

Okay, fine. I’ll watch. But I don’t have to like it. For the past three years, I’ve been nervous as all heck going into a Dodgers series, and dejected as all heck when the series is over. It’s kind of tiring.