There’s just a wee bit of difference between the excitement that comes with a top-ten draft pick and the 24th pick. The last two drafts arrived with all sorts of fanfare, hype, and anticipation. The #5 pick? Why, the Giants could pick Buster Posey, Gordon Beckham, or Justin Smoak! Dwight Gooden, Dale Murphy, Mark Teixeira, and Ryan Braun were all #5 picks! Here are the ten players the Giants might pick, along with a long-winded profile of each! Draft! Draft! Draft!

The #24 pick? Meh. Terry Mulholland. Kurt Ainsworth. John Gibbons. More than half of the #24 overall picks never made the majors. Over three-quarters of the players who did make the majors didn’t even accrue a single measly win above replacement. So it’s probably best just to ignore any pick from #24 on entirely. 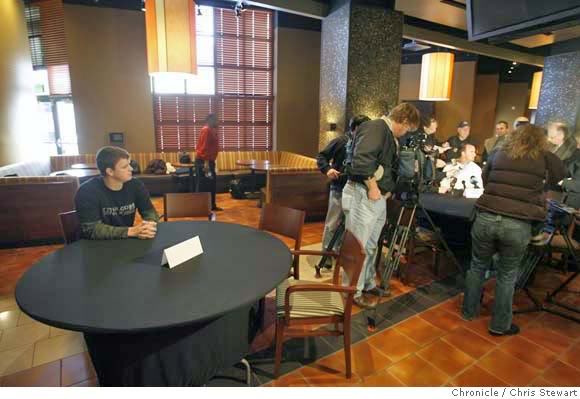 Ah. So there is an upside. You just have to keep everything in perspective. The player the Giants draft this year is almost certainly not the next Matt Cain. Cain has already had a better career than 96% of the draft picks selected in the same slot (#25) over the past four decades.

But, you know, the draft pick could be as good as Cain. Maybe even better. That’s just science. So let’s all get our hopes up.

Other than that, anything goes. And, heck, even if the Giants were to draft a hitter out of high school, I’d still assume he’s the next Alex Rodriguez. The lobe of my brain that’s responsible for the optimism-related endorphins is easily fooled.

Here's what some mock drafts have going to the Giants, with a link to the MLB.com draft profile in the player’s last name:

My pick? Hahaha. I’m just a nerd. But I did watch every Draft Report video on MLB.com, and I came away with two concrete observations: a) I really, really like Cam Bedrosian’s 45-second video, and b) I think this kid has watched a Tim Lincecum start or two. I kind of want him in the second round because of his pitching motion alone.