If this system were Esteves-thin, Clark would be a more visible prospect. He’s had excellent walk rates, and his strikeout rates are a little above average. In a thin system, Clark would also have been promoted aggressively. When he pitched well in Salem-Kaizer right out of college, he probably should have started the next season in San Jose. If he did well in San Jose, he probably should have been moved up to AA, with a chance at a midseason promotion to AAA.

As is, one of the biggest marks against Clark is that he was older than a lot of his peers in the California League, which isn’t entirely fair to him. Another mark is that he shows definite platoon splits: righties hit him much better than lefties, which means his future is probably in the bullpen. That’s not a terrible thing, though. Clark throws a little harder than you might think -- he’s more of a high-80s/touching-90 guy than a Rueterian soft tosser, and a permanent move to the bullpen could add a little more to his fastball.

It’s not a bad idea to keep him as a starter while he’s still successful. But if the Giants are contending this season, and if either Jeremy Affeldt or Dan Runzler are hurt or ineffective, it wouldn’t be craziness to see Clark start a LOOGY career early.

Guys like Stoffel need an acronym. Uh, let’s see, how about "First Rounder Once; Dropped Off?" Then we can say things like, "Yeah, Brian Wilson was a FRODO because he needed Tommy John surgery, but I’m glad the Giants took a chance on him."

No? Fine. But you don’t have to be so rude about it. You get the point, at least. Stoffel was once considered a Huston Street/Chad Cordero type -- a college closer that a team would take in the first round and put on the major league roster after 25 minor league innings. He struggled a little bit in his last season at the University of Arizona, though, and he dropped to the fourth round. He looked like mighty nice in his short introduction to pro ball. He’s on the list mostly because he’s a FRODO.

Ah, the anti-Clark. Right-handed, throws a bazillion miles per hour, and doesn’t have especially impressive K/BB ratios. When deciding between two prospects like Joaquin and Clark, always go with the bazillion miles guy. Joaquin is the kind of pitcher who moves the grip on his slider over an eighth of an inch and makes $4M in arbitration four years later. That sort of dramatic improvement isn’t likely, mind you, but every season a couple of bazillion-miles-per-hour pitchers in professional baseball make a small adjustment and become late-inning forces in the majors.

Until then, Joaquin really doesn’t strike out a lot of guys, and his control is wonky. He’s just as likely to be off the list entirely next year as he is a late-inning regular.

Hey, a FRODO! He hasn’t thrown a pitch in professional baseball yet, but watch the video that’s linked up there. The first pitch of the video explains why he was considered a possible first-rounder, why the Giants gave up a little extra scratch to keep him from going to North Carolina, and why he’s already one of the Giants better right-handed pitching prospects. Big dude. Throws hard with movement when his delivery is right. Okay, I’m sold after a single pitch.

The reason he slipped out of the first round, though, is that he wasn’t always throwing that hard. He’s raw even by high school pitcher standards. Graham will be given every chance to develop into a dominant starter, and that’s why he’s above a guy like Joaquin, who has a much, much, much better chance of being on a baseball card. Joaquin is a package of Hostess Cupcakes. Graham is a bunch of gourmet cake ingredients and a cookbook in the hands of a dude who has never stepped into a kitchen. I can cross my fingers and wait.

Throws hard. Successful at a young age in a short-season league. Sounds nice, but why would he rank over players who have already cracked the major league roster? 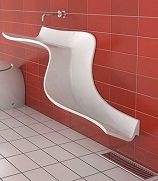 Crazy sink. There isn’t a lot of performance data to go on, but his career 68.8% groundball rate is very nice. Every organization has a bunch of live-armed youngsters trying to learn how to pitch; guys with a sinker like Casilla’s aren’t nearly as common. He’s the second-highest reliever on the list, and I’m scared I’m ranking him way too low.