This post, along with its brother (the best games), serves as a recap of the worst Giants games this year so far at the halfway point. Please feel free to read up, check out the linked box scores, and vote copiously for the game you abhorred the most.

May 6th, 2009 – Rockies 11, Giants 1 – Randy Johnson, once again, lets up 7 ER’s and the Rockies pound out 13 hits at hated Coors Field, as the Giants bats are silenced by Ubaldo Jimenez.

May 9th, 2009 – Dodgers 8, Giants 0 – Typical day on the hill for Jonathan Sanchez, who allows 5 ER and walks four, the Giants commit 2 errors; manage only 4 hits and no runs against Eric Stults, who pitches a CGSO.

May 21st, 2009 – Padres 3, Giants 2 – Randy Winn’s RBI single put the Giants up 2-1 in the top of the 9th, appearing to preserve a quality start from Tim Lincecum, but, Brian Wilson intervened, loading the bases in the bottom of the inning, plunking David Eckstein to force in a run, and then letting up the game-winning single to, who else, Scott Hairston, as the Padres walk off.

June 16th, 2009 – Angels 8, Giants 1 – Jonathan Sanchez gets dismantled by the reviled Halos while, on the other side, Giants hitters are baffled by Sean O’Sullivan (sigh), coming up with only 5 hits (1 XBH) for the game.

June 17th, 2009 - Angels 4, Giants 3 - jponry: "that game where Tim was going into the 8th inning with a 3 run lead and bad defense and poor pitches combined to blow it and give the Angels the series sweep." Yup.

July 1st, 2009 - Cardinals 2, Giants 1 - Bob Howry let up a walk-off HR to Colby Rasmus in the bottom of the 10th inning, as the Giants made three costly errors, Matt Cain got 'cained, and the Giants offense was embarrassingly bad on national TV. 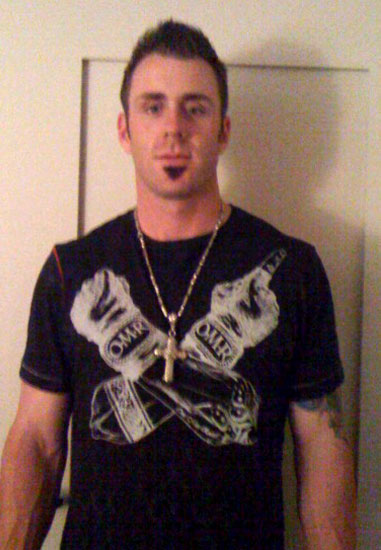 What was the worst Giants game of the first 81?