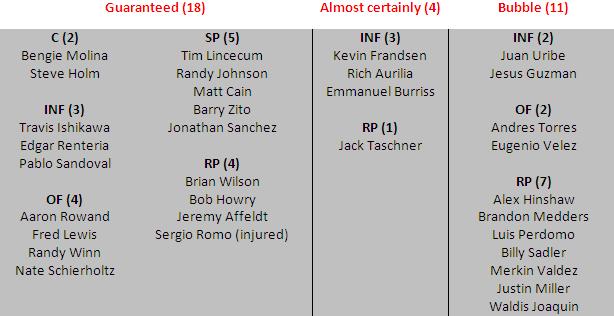 If I were in charge and forced to pick from the above table, I’d take Taschner and Perdomo for the bullpen, Torres as the fifth outfielder, Uribe as the backup shortstop, Frandsen as the second-base starter, and Aurilia as the designated lefty-masher. I still believe in Taschner, kind of, but I believe in Hinshaw’s control struggles even more.

I can’t remember the last time a Giants roster was this unsettled this close to Opening Day. You’d think it’d be more exciting. You’d be wrong.