Jesus Guzman and the Case of the Open Roster Spot

Share All sharing options for: Jesus Guzman and the Case of the Open Roster Spot

When an organization can add a top-20 prospect for the price of ink and paper, the organization either got lucky or has a terrible farm system. The Giants' farm system might be a little top-heavy, but the latter description certainly doesn't fit. So welcome, Jesus Guzman. We're lucky to have you.

Obviously, Guzman's spring performance has proven that he's worthy of a platoon role at first, at the very least. Maybe he should get the second-base job, or play a little short even, as long as... 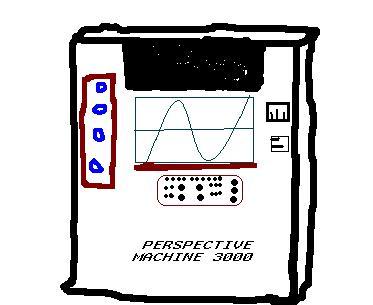 Oh, come on. That's not fair. Sensible, maybe. But not fair. Maybe a little fair.

I love the Jesus. I do. I don't care how much older he was than his competition in the Texas league: dude hit .364/.419/.560, and he did it while maintaining a reasonable strikeout rate. But let's not get carried away because of a hot spring. That rarely ends well.

And while Guzman had a fantastic season last year, it wasn't flawless. The .392 batting average on balls put in play is a red flag. Maybe red flag isn't strong enough. If a red flag were embarrassed, drunk, and standing in a snowdrift with rosy apple flag cheeks, and an animal rights activist threw red paint on it for wearing a red fur coat, it would resemble the type of red flag raised by a BABIP of almost .400. This isn't to suggest that his AA performance doesn't count, of course. But it might be prudent to adjust the overall numbers a tick downward. Minor League Splits has a "luck" tab that accounts for things like this, and it spits out a .324/.380/.511 line. Still good, but for a 24-year-old in AA, it's not otherworldly enough to consider him for a starting job in the majors without a little AAA time first.

Guzman's best defensive position is "the armadillo"; just try getting his car keys when he's all curled up like that. As far as baseball defensive positions go? Uh, we'll get back to you on that one. Even Guzman admits he's uncomfortable at third, and his defense at second isn't supposed to be much better. The Giants are giving him the Bowker/Ortmeier treatment, which includes a first baseman's mitt, a Tom Emanski video, and J.T. Snow's cell phone number. Maybe that'll finally give Guzman a position of his very own. If he continues raking in Fresno, the Giants will find a place for him.

If Guzman could already play first, he'd fit pretty well on the roster. As a switch-hitter who's hit lefties well in the past, he'd be a good guy to plonk down in a third-to-first rotation with Pablo Sandoval and Travis Ishikawa. Maybe the Giants would want him to try out first base for the first time in the majors. It worked so well for John Bowker. Somehow, I doubt that either Brian Sabean or Bruce Bochy is too eager to experiment like that again.

I'm elated that Guzman is in the organization. He raked in AA and winter league, and now he's raking in exhibition games. Maybe this is the beginning of something special. Let's find out in Fresno, at least initially. The Giants can always resurrect recall him if it's clear that he's too advanced for AAA.