It's been a couple of decades since the Giants opened their season with a worse roster. Whatever. I'll take the certainty over the "If you just squint, they're a contender!"-shenanigans that I fell into last season. A good season in 2008 will be measured by achievable goals. Eugenio Velez hitting well enough to be in the plans for 2009. Matt Cain and Tim Lincecum becoming one of the best 1-2 punches in the game. Brian Wilson continuing his late-season success from last season. Things like these make me strangely optimistic about the upcoming season. Veterans will play their way off the roster, and the kids who can play will stick. Maybe. Just maybe.

Yep. Opening day. No matter how bad the team is, I can't help but look forward and smile. 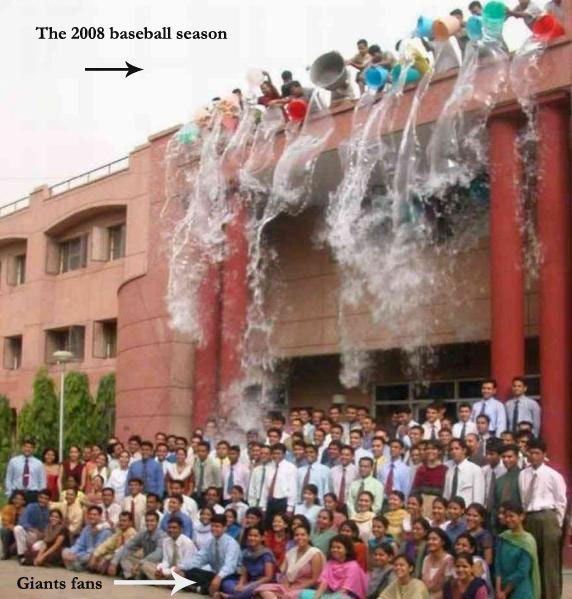